The German recycling rate compared to other European countries

Saving the environment has greater importance today than practically any other topic. Climate change and the challenges it poses not only affect Germany, but also other European countries: it is a global problem. The Paris Climate Agreement is an expression of this: the first global treaty setting a framework within which to combat climate change. Measures are needed because the effects of climate change are a serious threat to animals and ecosystems, and humanity is already feeling the consequences: extreme weather events, torrential rain, heatwaves and violent storms.

Waste sorting and recycling can make a contribution here to protecting the climate and the environment. Sustainability is the top priority. Sustainable treatment of resources both protects the climate and environment and is also important when considering economic growth and expanding populations. Recycling is a sensible option, as it reuses resources and makes old materials available, for example, to make new products or packaging. The amount of recycling going on can be worked out using the German recycling rate.

Why apply this to waste? Germany’s production of waste is enormous and rose from 2017 to 2018 by 1.2 percent, reaching 417.2 million tonnes. This represented the highest amount since records began in 2006. A portion of this could be recycled – and indeed is. The German recycling rate is at 70 percent and has barely changed since 2006.
And what is the situation in other countries? As a signatory of the Paris Climate Agreement, the EU is subject to obligations intended to reduce climate change and promote sustainability. We thus have to ask ourselves what the recycling rate is in the EU.

In this blog article, we at Deutsche Recycling intend to tell you everything you need to know – and always wanted to know – about the recycling rate in Germany and Europe. 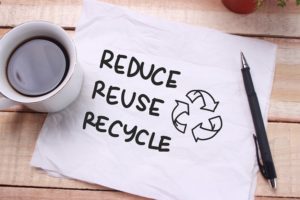 Before we go into Germany’s recycling rate in more detail, we should take a closer look at recycling itself.

How can recycling contribute to protecting the climate?

If waste is recycled instead of heading to landfill or being incinerated, it produces less CO2. In addition, products made from reused materials do not need the energy-intensive extraction and production processes (mining, for example) that new ones require. Through increasing recycling rates, we can save energy and above all CO2.

The German recycling rate – what is it?

There are various means of calculating it, as no binding rule has yet been set. An example calculation of Germany’s recycling rate could look as follows:

This method is criticised, however, because it does not give meaningful results for long-lived materials. Another way of calculating the German recycling rate is to find the ratio of recycled waste to overall waste produced. 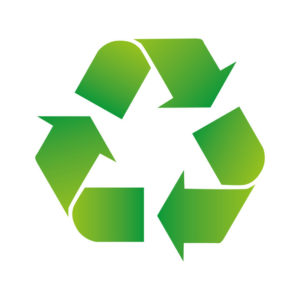 The German recycling rate – why is it so important?

How does the recycling rate look in Germany?

For plastics, the recycling rate in Germany was at 55.2 percent in 2019. This was up on the preceding year (2018: 47.9 percent). In Europe, around a third of plastic waste is recycled overall. Comparing countries across Europe, Germany takes pole position in the recycling of plastic waste.

The recycling rates are particularly high in Germany for electronic devices (100 percent), paper and card (99 percent) and biowaste (97 percent). Household waste recycling rates reached 70 percent in Germany in 2019. Looking at packaging waste as a whole, Germany’s recycling rate is not in the top five. The top performers here are Belgium and the Netherlands (which have a rate of around 80 percent).

Politics of the recycling rate in Germany

The role of politics is decisive in recycling. Politicians must act and create incentives to make recycling a goal worth pursuing. Obligations must be placed not only on end users, but also on whole industries:

An example of this is the Packaging Act of 1 January 2019. It prescribes a recycling rate for plastic waste in Germany of 58.5 percent, to be raised once again in 2022 (to 63 percent).

Intensification is being carried out at a European level as well: new requirements relating to the mode of calculation of the recycling rate on the continent are now more strongly oriented by the actual quantities recycled.

Do you have questions about the recycling rate in Germany or environmental compliance? Then please do get in touch. Here at Deutsche Recycling, we are happy to advise you!

The German Electrical Devices Act: what are the rules?
29. June 2022
Webinare
Interesting topics:
Search:
Latest from our Blog:
Go to Top
Do you have questions?