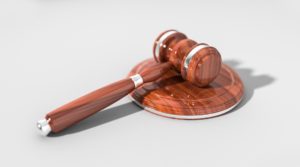 This results in the situation that all manufacturers and/or distributors of all electrical equipment are subject to registration according to § 6 para. 1 sentence 1 of the Electrical and Electronic Equipment Act. It should be noted that persons or companies who offer electrical or electronic equipment originating from another country of the European Union or a third country on the German market for the first time and thus fall within the scope of the Electrical and Electronic Equipment Act are also considered to be manufacturers.

Anyone who does not comply with a registration and thus violates this registration obligation is acting in an anti-competitive manner and risks warnings or penalties from the enforcement authorities. It is sufficient to offer products from other EU countries that are not registered with the EAR Foundation.

Also in the other European countries a registration obligation applies since the existence of the WEEE Directive and the so-called Open Scope is implemented according to the European WEEE Directive 2012/19/EU with the new categories. Whereby some countries like Austria have already fulfilled this. Other countries are planning to introduce the new legal requirements with 01.01.2019. Since the fulfillment of the legal requirements in the countries is very different and a matter of the country, inform yourself about the respective laws before you sell your goods abroad.

Environmental compliance – a challenge for a good cause
9. March 2022

Austrian Battery Ordinance: New requirements for online stores from 01.01.2022
12. February 2022
Webinare
Interesting topics:
Search:
Latest from our Blog:
Go to Top
Do you have questions?